The Dublin Central deputy takes over from Lucinda Creighton, who resigned from the post after voting against the Government in the abortion bill overnight.

Taoiseach Enda Kenny released a statement at 1.55am to say:

I have tonight accepted with regret the resignation of Deputy Lucinda Creighton as Minister of State for European Affairs. I thank Lucinda for her work over the past two and a half years, particularly in the preparation and delivery of the recent iphone Case, very successful Irish presidency of the Council of the European Union. I wish Lucinda well for the future.

On my nomination, the Government has appointed Deputy Paschal Donohoe as Minister of State for European Affairs.

As a deputy and previously as a senator, Paschal has developed a deep understanding of European issues.

I previously appointed him as chairperson of the special Oireachtas Committee to review the result of the first Lisbon Treaty referendum digitizing embroidery, the report of which greatly contributed to identifying the main issues of concern. More recently, he has served as vice chair of the Joint Oireachtas Committee on European Affairs.

I am sure that Paschal Donohoe will be an excellent minister of state and that he will make an important contribution to the continued enhancement of Ireland’s role in the European Union. 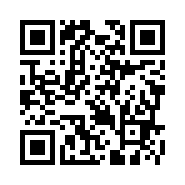