The principals of Branston, Linwood and Manning intermediates, which are among the seven closures, are concerned the high schools won't be ready to accommodate younger students from January 2014.

"The ministry actually suggested to the minister that we stay open until the end of next year to give Hornby High the time to get ready spa hong kong, and she's just crossed that out and put 'no, they'll close at the end of the year'," she said.

Manning Intermediate principal Richard Chambers agrees there will be extra pressure on high schools because of the tight timeframe.

They say there will be delays in getting teachers because the Ministry of Education has to wait and see what enrolments are like before approving funding for new staff, then hiring them.

However, Hornby High School principal Richard Edmundson says he believes his school will be able to cope within the timeframe.

The ministry has said it will provide new buildings, staff and teaching resources.

Ms Parata says principals of the high schools feel that they will have enough time, if they are given appropriate resourcing Asian college of knowledge management.

"We are talking about a profession who are familiar with the curriculum, who understand that at different age levels there are different needs and requirements, and I expect that these schools will be able to provide the necessary level," she said. 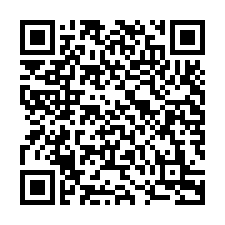