The MP from Geelong, Victoria, has made frequent trips to some of Australia's closest neighbours since he was promoted to the job shortly after the 2010 election.

"I love the Pacific and I have loved doing this job," he told Radio Australia after his resignation.

"We have an enormous role to play and it's important that we play that role sensitively, working with interest and dedication with people in the Pacific."

"It's only occasionally you have an Australian politician with a passion for the Pacific," he said.

When Australia's diplomatic corps advised the government not to make any high voltage visits to PNG during its 10 month political crisis in 2011/12, it was Marles who was dispatched for meetings with PNG's government.

In March last year PNG's political class was arguing about delaying the elections.

Marles, in Port Moresby for talks with PNG ministers, tried to play down Australia's opposition to the delay sensitively.

"We have made the observation that there would be a pretty significant impact to the international reputation of PNG if people acted beyond the constitution," he said on March 8.

There was an uproar in PNG and a general view that while Carr's comments were an off-the-cuff, mistake on his first week in the job, they put a dent in months of hard work.

PNG, after much internal wrangling and with Australia's help, held its elections on time.

"He certainly was a constant presence in the region and he filled in where the government's foreign ministers showed little interest in the region."

Marles' job was not limited to PNG.

In August he represented Australia at the Pacific Islands Forum in the Cook Islands, and inked the memorandum of understanding with Nauru Foreign Affairs Minister Kieren Keke to open the controversial asylum seeker processing centre there.

He also visited Tuvalu to voice Australia's support in helping the low-lying nation deal with the effects of climate change.

Marles was also a strong voice for PNG Rugby League and late last year threw down the gauntlet to the NRL to help the footy-mad developing nation get a team into its North East league by 2015. 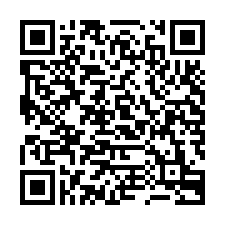