NEW RESEARCH HAS found that just a third of voices on radio news and current affairs coverage across the country’s three main stations are female.

Research by the Women on Air group has found that in one week two-thirds of the voices on news and current affairs coverage on RTÉ Radio One, Today FM and Newstalk were male.

Overall 33 per cent of voices on air during the seven day period were female with this falling to 26 per cent in the case of political shows.

The best shows for gender balance were Saturday with Claire Byrne and The Late Debate with Audrey Carville – both RTÉ.

“Women are under-represented on air in Ireland and indeed around the world. Women, who make up 51 per cent of the population, Set up Business in Hong Kong need to be part of these important conversations,” Dr Jane Suiter from the DCU School of Communications said.

As Research Director for Women on Air, Dr Suiter and her colleague Dr Anne O’Brien of NUI Maynooth, carried out the study in February of this year and acknowledged that the limited time means some findings, particularly for once-a-week shows, may be skewed.

But O’Brien said: “The fact that Claire Byrne and Audrey Carville’s shows can achieve parity calls into question the excuses proffered by others around the difficulty in sourcing willing women to go on the airwaves.”

Some of the other findings were:

Just 22 per cent of expert voices were female, 26 per cent of politicians were female and 17 per cent of what were termed ‘VIP/celebrities’ were female.
Of the five-day-a-week shows RTÉ’s Morning Ireland led the way for female representation with 35 per cent of guests being girls or women formation of company. The broadcaster’s evening programme Drivetime had 32 per cent females.
Of the other broadcasters, Newstalk’s Breakfast Show had 31 per cent female representation, Today FM’s The Last Word had 26 per cent and The Right Hook had 25 per cent.
The most male-dominated shows were found to be Today FM’s Savage Sunday and the Sunday Show on Newstalk – both with 20 per cent female voices.
Women on Air says it is a not for profit group which helps give female area experts the skills and confidence to do broadcast work on TV and radio.

The organisation’s chair, Caroline Erskine, added: “The presence of more women experts, too, in the media would present a more balanced picture of life and of women’s contribution to society Income Tax Hong Kong, which would have a positive impact on public policies and attitudes, in general.” 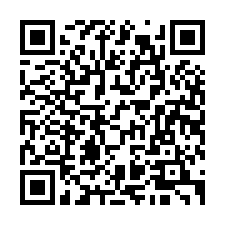