His lawyers said they would appeal against the decision to formally investigate Sarkozy over allegations he took advantage of elderly L'Oreal heiress Liliane Bettencourt when she was weakened by poor health. 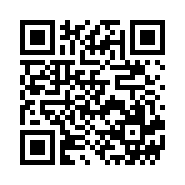